The Interaction of anti-B18H22 with Light 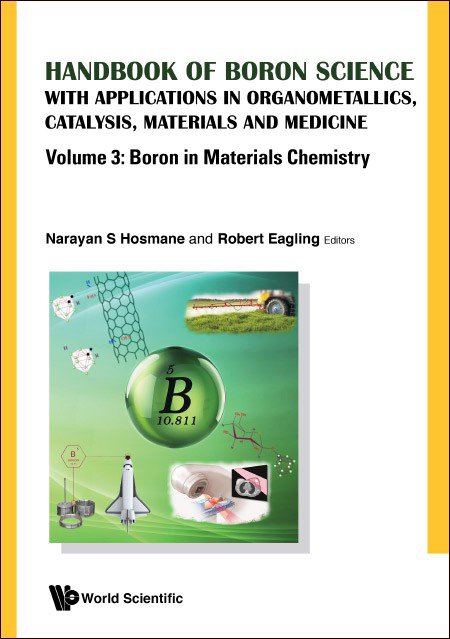 We have recently become interested in fluorescent emission of light from the boron hydrides – a group of inorganic molecular compounds with unique quasi-aromatic polyhedral cluster geometries that are the subject of this book. Seen in the wide perspective of the periodic table of elements, the polyhedral geometries of the boranes represent an architectural bridge in the structural continuum that stretches from the highly condensed cluster compounds exhibited by the late transitional metals to the open chains and ring formations found in the hydrocarbons. As chemical and physical behaviour is often a function of structure, then it follows that the boron hydrides have, with their unique polyhedral molecular geometries, large potential for novel properties – some of which are highlighted by this and other books. With regards to the boron hydrides – or boranes – as luminescent materials, the general focus of work has been on the isomers of closo-dicarbadodecaborane (conveniently referred to here as ‘carborane’), C2B10H12, as enhancers of the fluorescent properties of various luminescent organic polymers or fluorophores. Additionally, the principle of aggregation-induced-emission (AIE) claims enhanced luminescence of π-conjugated organic systems that are connected to ortho-carborane, 1,2-C2B10H12. Here the advantage of the carboranyl moieties being their suppression of intermolecular interaction between the luminescent π-conjugated organic ligands owing to the three-dimensional structure of the icosahedral cluster. Carborane-based dyads and triads that participate in photon-induced electron transfer have also been made and studied. By itself, however, ortho-carborane shows no photoluminescence in solution and just a blue-green phosphorescence in the solid-state at temperatures of 77 K.   Indeed, of all the known binary boranes (compounds consisting only of boron and hydrogen), anti-B18H22 – the centrosymmetric isomer of octadecaborane(22) – is the only one known to have the property of fluorescence. This attribute was first noticed by Hawthorne et al. some years ago, and subsequently described comprehensively, including a full consideration of all transitions between ground and excited electronic states of the molecule. In this latter study, anti-B18H22 was revealed to exhibit an intense blue fluorescence at 406 nm with a quantum yield approaching unity (ΦF = 0.97). Most recently anti-B18H22 has been proved to be useful as a blue-emitting laser material of good efficiency and considerable photostability.

This Chapter attempts to provide an unorthodox account of the work described  by its author. For a more rigorous treatise please refer to the relevant published articles, for a fun and hopefully insightful description of the Interaction of anti-B18H22 with Light please read below.