Distinct Photophysics of the Isomers of B18H22 Explained 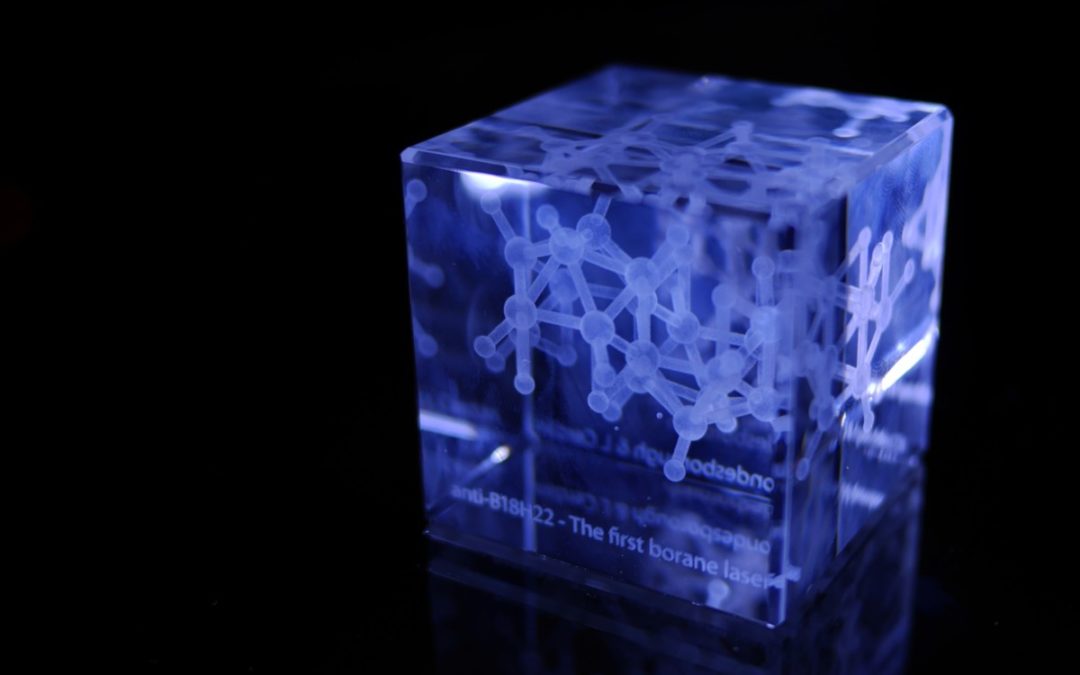 The photophysics of the two isomers of octadecaborane(22), anti- and syn-B18H22, have been studied by UV−vis spectroscopic techniques and theoretical computational methods. In air-saturated hexane, anti-B18H22 shows fluorescence with a high quantum yield, ΦF = 0.97, and singlet oxygen O2(1Δg) production (ΦΔ ∼ 0.008). Conversely, isomer syn-B18H22 shows no measurable fluorescence, instead displaying much faster, picosecond nonradiative decay of excited singlet states. Computed potential energy hypersurfaces (PEHs) for both isomers rationalize these data, pointing to a deep S1 minimum for anti-B18H22 and a conical intersection (CI) between its S0 and S1 states that lies 0.51 eV higher in energy. Such an energy barrier to nonradiative relaxation is not present in the PEH of syn-B18H22, and the system therefore has sufficient initial energy on excitation to reach the (S0/S1)CI and to then decay to the ground state without fluorescence. The computational analysis of the geometries at stationary points along the PEH of both isomers shows that the determining factor for the dissimilar photophysics of anti- and syn-B18H22 may be due to the significant differences in the geometrical rearrangements at their respective conical intersections. Thus, the syn isomer shows one very large, B−B elongation of 1.2 Å from 1.8 Å in the ground state to 3.0 Å at the CI, whereas the anti isomer shows smaller elongations (below 1 Å) in several B−B connectivities at its (S0/S1)CI. The absorbed energy in S1 for the anti-B18H22 is therefore redistributed vibrationally into several regions of the molecule rather than almost completely into a single vibrational mode as in the case for the syn isomer. The consequent prolonged S1 lifetime for the anti isomer allows for relaxation via fluorescence. 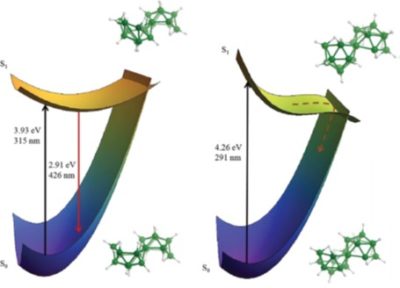